The island of Vulcano has always been known right from ‘antiquity for its intense volcanic activity, but it never seems to have been inhabited until very recent age. In ancient times the island was sacred to Hephaestus, the god of volcanoes and endogenous forces of nature bore the name of Hierà (Sacred) or Hierà Ephaistou (the island sacred to Hephaestus), but are not sul’isola were found evidences of worship given to this deity. Have flourished legends that lie in the crater of the volcano the workshop of Hephaestus, in which they worked the Cyclopes, but still in the early fifteenth century, the infernal spirits of the volcano amused disormeggiare vessels seeking refuge from the storms, if you do not put a cross on the mooring. This is narrated by Antoine de La Sale tutor to the sons of King Rene d’Anjou, which happened in 1406 to visit the island and left a detailed wording relating to his ascent to the crater. Was found in the nineteenth century a closet of silver coins from the Greek, hidden by someone who had gone in a moment of danger on the island and then did not have the chance to return it back. Sparsely populated and has two opposite inlets, one open to the west and one to the east, the island is often provided refuge to pirates of the Mediterranean. A few decades before the last major eruption of 1888-90 when the crater has ceased to be active, few farmers lived on the floor, a very fertile island, where some areas still are grown and they make excellent cheeses. The mining for the extraction of sulfur was initiated since the Romans and continued at different periods. In the nineteenth century, the island of Vulcano was granted by Ferdinand I, King of the Two Sicilies, General Vito Nunziante for his merits in the wars against Napoleon, but later abandoned. In 1860 the island was taken over by the Scottish Stevenson continued to exploit the mineral resources until 1888, when was the last eruption of the volcano that destroyed all the equipment and forced him to abandon the enterprise and the island. The mining activity is not recovered, at least as industrial organization created, but in the areas of Mulberry or plan continued to develop some agricultural activities by the few remaining inhabitants, perhaps the settlers of Stevenson. The island in recent years has become a popular tourist destination, was already well known before the war as a paradise for hunters and Pirandello often came to spend periods. The island, however, was a first wave of international renown in the postwar period when the film shot by the famous actress Anna Magnani in Vulcan as opposed to the film directed by Rossellini’s Stromboli. The love affair between Rossellini and Ingrid Bergman at Stromboli caused a sensation and even more the fact that Magnani, who was said to be in love with Rossellini, she was running a movie in the Aeolian Islands in the same period to spite director. Another claim to fame: the Vulcan lived in the 70’s thanks to Mike Bongiorno, who built a villa on the island. 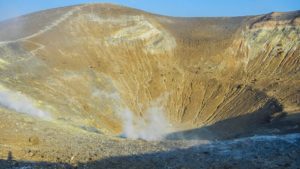 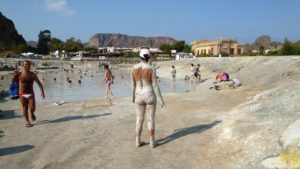 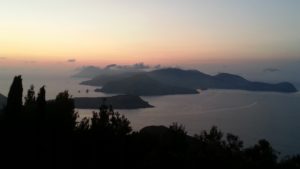 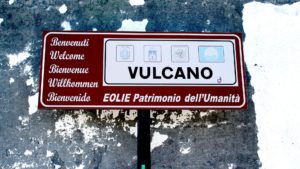 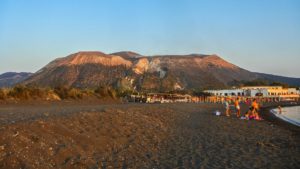 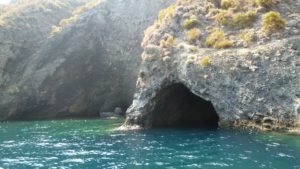