a shrine over the sea

Tindari is part of the municipality of Patti, in the province of Messina. It spreads across the Gulf of Patti and is a wonderful place to spend unforgettable days. Places beautiful and sunny, surrounded by greenery and art. From prehistory to modern history, in a series of landscapes of exceptional beauty. Besides the archaeological remains and the areas that the time has preserved not to be missed, once Tindari, is the Shrine of the Black Madonna. The origins of this statue are linked to a legend according to which the sculpture was transported by sea and landed in Tindari once the ship was unable to restart. Once the sailors had deposited the load, including the statue, the ship was able to sail. The statue was immediately carried on the hill in a small church that became larger and larger in order to accommodate the many pilgrims. The Sanctuary, as we can see it today, is located on a promontory overlooking the sea, at the ancient acropolis, where he built a small church. The Black Madonna statue is carved in cedar wood and comes most probably from the East. The church was destroyed in 1544 by Algerian pirates before being rebuilt a few years later. Each year, on September 7, is the festival of the Shrine. 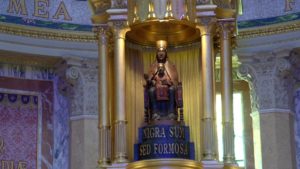 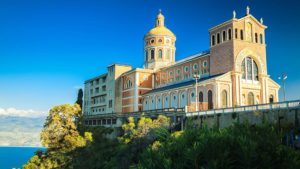 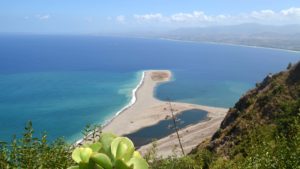 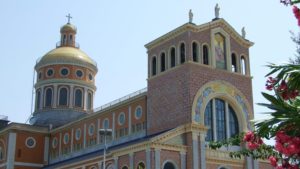 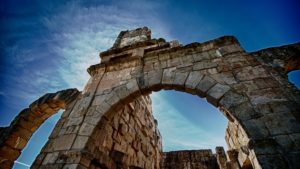 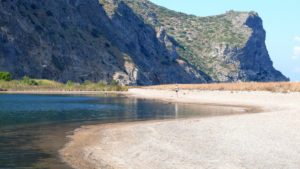