between myths and untouched nature

Stromboli or Strongyle (the roundabout). It has been known since ancient times for its active volcano continues, according to legend, here stood the palace of Aeolus (the bronze on high columns) and the color of some parts of the island confirms its exact poetic image of Homer. The Arabs had named the island Strongyle, round, the Greeks instead Stròmbos, spinning due to its volcanic cone that resembles a spinning top. Cited in mythology as the home of the god Aeolus, it seems that just Stromboli Odysseus met the god who gave him the bottle containing the headwind that would easily traced back to Ithaca. Colony of Lipari, the island was inhabited for centuries, only during the period of sowing and harvest. The first town established on the island dates back to the sixteenth century. A.D. in the area of the church of San Vincenzo. The economy for centuries was based on agriculture, fishing and seafaring. Agriculture was based on the typical Mediterranean products, such as olive trees, vines and fig trees, grown in terraced grounds wisely over the centuries have plagiarized the appearance of the island. This game lacks and land to be allocated to pasture planted its economy on fishing, which acquired a character essential to the survival of local populations, thanks to a wide presence of species of fish such as sardines, grouper, bream and squid. The subsequent meeting by the produce of the land and the sea gave birth to a unique cuisine in the world, where it isolanità delimitò diffusion, this combination developed over the centuries to us today a kitchen door of the highest quality, from contrasting tastes and rich in spices. The navy enjoyed moments of glory on the island in the eighteenth century. he could count on a fleet of 65 sailing ships, connecting Naples to Sicily, this was the most flourishing period of the island where the population reached the altitude of 4000 inhabitants. The following century was a period of great depression, the invention of the steamboat and the construction of the railway network Naples-Reggio Calabria, definitely marked the navy with the loss of a significant source of income for local people. In 1930 Stromboli nearly abandoned because of repeated heavy eruptions, an earthquake caused a tsunami with waves of 30 meters and the attack of mildew, microorganism that compromise the crops, the factors that led to a mass migration towards the ‘America and Australia. The island gained notoriety after the war when Roberto Rossellini in 1949 turned “Stromboli Land of God” which pointed the spotlight and attracted considerable fanfare for the relationship between the director and Ingrid Bergman, the female protagonist of the film. Still there is a commemorative plaque at the house where the two were lodged in Via Vittorio Emanuele. In the aftermath of the island as well as an increase in tourism, is repopulated by Campani and Sicilians who settled there fascinated by the uncontaminated and harsh nature that surrounds it. 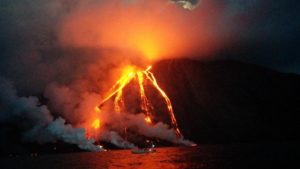 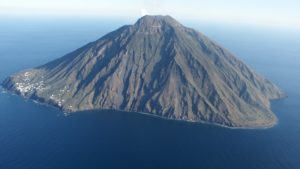 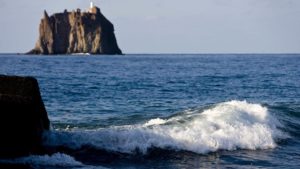 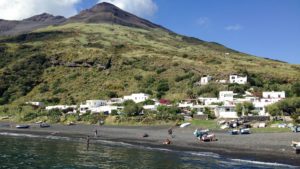 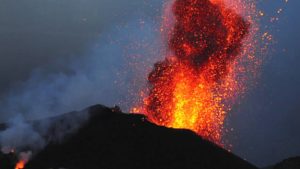 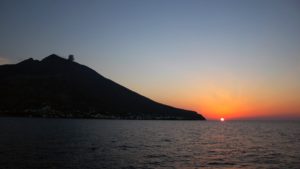