Italy without Sicily leaves no image in the soul...

Sicily has always been a microcosm: a world in which peoples of different races, religions and languages have come together and clashed together, with each important culture leaving behind traces of their presence on the island which have accumulated over time like so many different layers. From prehistory to the present day one can say that this feature of the island hasn’t changed. The alternation or the coexistence of the major political forces operating in the Mediterranean has driven the history of Sicily, by building a diverse and unique contribution and exchange of cultures that still today characterises its society and its monuments. From the first inhabitants, the Sicani and the Siculi, of uncertain origin, to the Greeks and the Phoenicians, among whom was forced to live the local indigenous population of the Elimi, it seemed like the whole of world history had found a vital meeting point on the island. Here, in fact, the two great powers that dominated the Mediterranean basin and which had created great sea-faring empires were in direct contact with one another. The Greek expansion that followed a more northerly direction, landed on the eastern coast of the island and founded colonies such as Catania, Syracuse, Gela and Agrigento, which developed their own politics and their own culture.

Origin of the Sicilian Puppets

A student of Socrates, the Athenian Xenophon tells us of a puppeteer, a Sicilian of Syracuse, with his puppets glad the banquet offered by Callias in honor of Autolycus, winner of a race athletics. At the banquet, which would take place in 421 BC, Socrates was also present, which required the Sicilian puppeteer to make his puppets dance, and he danced the dance of Bacchus and Ariadne. After the show, Socrates asked him what he wanted to be happy: the puppeteer of Syracuse, Sicily throughout with wit, replied: “That there are many fools, because they, rushing to the performance of my puppets, I endeavor to live.”

The symbol of Sicily, however, is the Trinacria, composed of the head of the Gorgon, mythological character whose hair is entwined serpents with ears of corn, from which radiate three legs bent at the knee. The ears of wheat are symbols of fertility of the land, while the three legs represent the three capes, and extremes of the region: Head Peloro in Messina, Cape Passero (Siracusa), head Lilybaeum (Marsala). According to scientists, this is an ancient religious symbol eastern could represent both the god Baal, in its threefold form of the god of spring, summer and winter, the moon with the legs sometimes replaced by sickle moon. The etymology of the word is of Greek origin derives, in fact, Triskeles (with three legs) or even treis (three) and akra (cliffs). 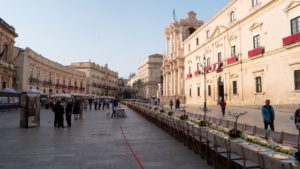 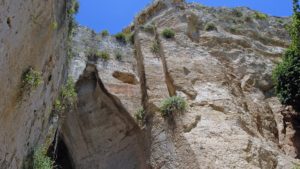 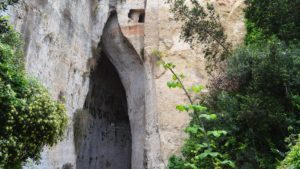 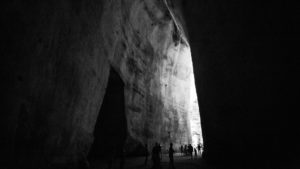 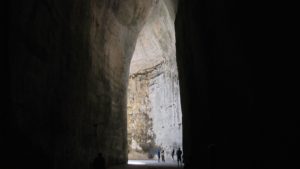 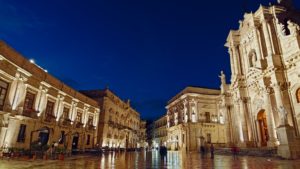 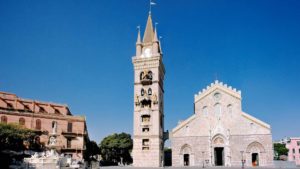 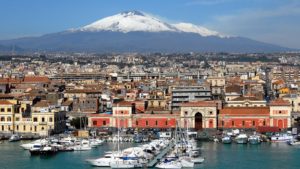 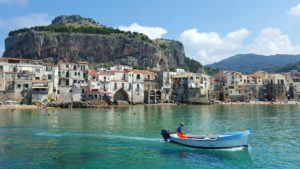 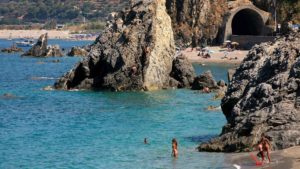 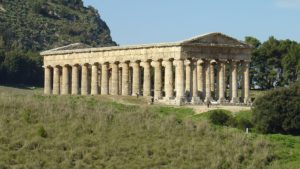 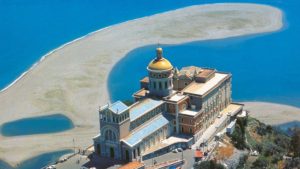 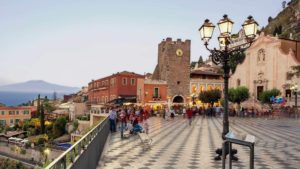 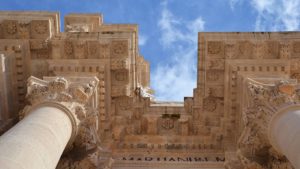 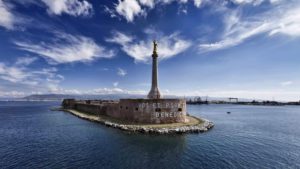 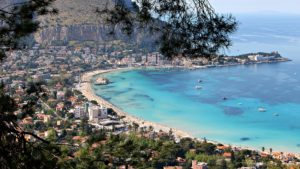 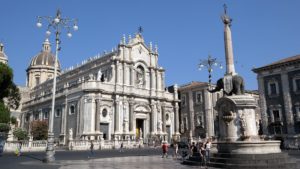 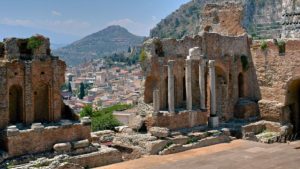