The island of Salina covers an area of 26.8 square kilometers, and is second only to Lipari. Also of volcanic origin, consists of two peaks of the highest mountains of the Aeolian Islands “Trench Ferns” and “Pit of leeks”, extinct volcanoes for some time, hence its ancient name Didyme, which means Gemini. The formation of the island of Salina has had a very complex story, which took place through two distinct periods of volcanic activity, separated by a long period of quiescence. The first period began about 500,000 years ago, during the latter stages of the Mindel glaciation, ie when the sea level was much lower than the current one. Were formed then two distinct islands, separated from each other. West one, consisting of Vulcan Raven, the other further east, formed by two volcanoes joined together: the Volcano Cape, which is the north-east end of the island today, and the volcano Monte Rivi South west of it. Their craters are now hardly recognizable. At a later date at the end of the Mindel glaciation, south of Monte Rivi was formed Vulcano della Fossa delle Felci, which reached the level of almost a thousand meters. It forms the fourth South East of the island of Salina, looming on the villages of Santa Marina and Language. An unpolluted sea, silence unreal, fascinating sunsets that seem to go out into the sea, colors, scents, flavors, give the island the right size for a relaxing holiday. From the coast of Sicily, Salina is easily identifiable for the profile of the two mountains that constitute it, it was for this that the Greeks called Didyme (twins), but it just comes to you that we understand fully the identity of the place, island earth before the sea. The garden of the Aeolian Islands, away from the spotlight, dodge to the frenetic pace of modern life, is a welcoming oasis that captivates the lush nature and its traditions are well preserved. The vocation of farming salinoti can be found in the area, carefully shaped and cultivated vineyards of Malvasia, caper bushes, citrus trees and flowering gardens, deep expression of a people that has retained its identity and customs. You will be charmed by the impressive peaks, where stargazing is a unique experience, from volcanoes, the unusual landscapes shaped by nature vigorous and pleasant shores that will tempt you to a relaxing bath in the crystal clear waters of the Tyrrhenian Sea. Salina is the perfect place to savor the culinary traditions Aeolian that result in products with exceptional organoleptic characteristics such as capers and Malvasia “nectar of the gods”, while the small fishing villages, will reveal the vital union between the inhabitants, the land and sea. Salinaassume a strategic role for anyone looking for a walking holiday to discover the entire archipelago as deep in the heart dell’Eolie. There is also another aspect of Salina and political Lipari is the commonest of all the Aeolian Islands Salina except that three municipalities: Santa Marina Salina, Malfa and Leni. From Language, which is the extreme south-east of the island, begins a road that connects the island to Language Rinella and is approximately 20 km long. Rinella is by Language by sea about 2 km, but is reachable by land only along the whole way. Language as you go to Santa Marina Salina, which is the main port and is 2 km, from there it is 8 km Malfa Malfa and Leni you first arrive in the sea, and from there to Rinella which is 8 km from Malfa. A Malfa is a detour leading Pollara, made famous by the houses used established during the filming of “The Postman.” In Salina, there are about 4,000 inhabitants and there are all the services, the Emergency Medical banks, ATM, shops, supermarkets, car rentals, motorcycles and boats, and more. 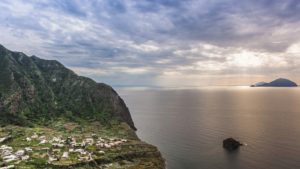 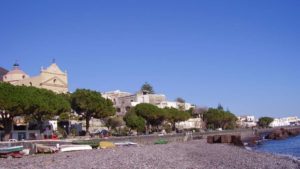 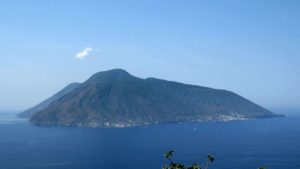