the tradition that is bridal with luxury, fashion and music

Panarea, formerly called Euonymos, verbatim what is on the left, or to the left of the sailors who made their way from Lipari in Sicily. The name of Panarea, derived from Panaraia (all rough), is the smallest island of the Aeolian Archipelago, with an area of only 3,400 square kilometers and is 11.5 miles from Lipari. One of the most famous and sought-after destinations of international tourism, Panarea enchants travelers for decades, artists, writers, musicians and designers that have made it an ideal setting to spend their holidays. A mix of history, nature, culture and worldliness that combine to give a unique atmosphere ……. Welcome to Panarea, 3.5 sq km overflowing with beauty and enchantment, where the island’s bustling street life and you will live moments of pure sophistication and feelings of peace and contentment to discover the lonely paths and uninhabited islets. Its coasts, as well as the beautiful sea that surrounds it, are evidence of a tumultuous past the fact of conquest and piracy which marked the appearance of the island but also the character and the tradition of their inhabitants. Panarea is the ideal place both for those who enjoy a festive atmosphere of worldliness between luxurious hotels, clubs, festivals and water sports and for those who make their holiday a time of relaxation, surrounded by nature and away from the hustle and bustle of life modern. The island is when the sun goes down and the mantle of the night that the streets are full of people, the local light and the music flowing. The center of the street is St. Peter’s worldly, living room glamor of the Aeolian crowded than usual rub evening where vacationers flock locals to enjoy a cool drink before diving into the exciting sound of disco island. That which exists today, and ‘only a small part of what once existed, as a part of it has sunk in following a volcanic eruption, which formed a series of small islands (Basiluzzo, Dattilo, Bottaro, Lisca white, Lisca black, the Panarelli and the Ants) detached from each other, but united under the sea depth ….. and is together with them that Panarea form a small archipelago located on a single base submarine. Investigations carried out on the submerged portions was possible to reconstruct the form and extent of Panarea: the whole building, cone-shaped, rose to about 1300m above the sea and occupied a total area of about 460 square kilometers The island in winter has just over 300 inhabitants, but in summer there are all the services, the Medical guard at the ATM, shops, bars, restaurants, a nightclub that is among the most famous in the Mediterranean. E ‘which has become an island of singles, many boys and girls summer go to Panarea to meet new friends and it seems they can. . And ‘possible to rent villas and apartments in all the Aeolian Islands. The island has a few beaches within walking distance, including one of the few sandy beaches of all the Aeolian Islands, but there are plenty of beaches to mt. 3 up on different islands, you can be accompanied by a boat, take leave and then come to be resumed. 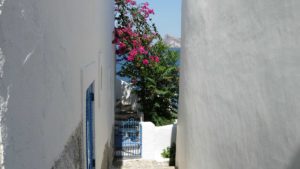 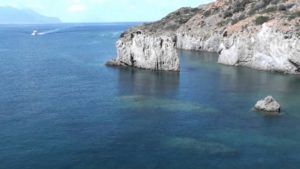 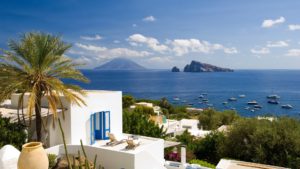