Milazzo, is a peninsula stretching out in the sea, located in North-Eastern Sicily, a port of shipment for the Aeolian Islands and the destination of an elite tourism that goes to the pursuit of culture, a land that goes without a doubt. The city is set between two gullies, the one of Milazzo east and that of Patti to the west, in a strategic place in north-eastern Sicily. 43 km from the capital lies in the metropolitan area of the Strait, it is the reference point of a district of approximately 204,000 inhabitants. Originally Greek city, and from 36 BC Recognized as a Roman civitas, Milazzo is today a tourist destination and an excellent starting point for the Aeolian Islands, Nebrodi Park, Tindari. Numerous are in fact testimonies, symbols of the millenary history of the city.

In the Quaternary Period Milazzo didn’t exist, but around 400,000 B.C. the promontory emerged from the sea as if by magic, just like the goddess Aphrodite, apparently as a result of upheavals of the earth, finally reaching an elevation of 88 metres above sea level. The plain was formed around 140,000 B.C. Man appeared in Milazzo about 4,500 B.C.; this was an evolved man who knew how to sail and lived on the Cape, at the extreme tip of the promontory; he bought obsidian from the island of Lipari and made utensils. There were other human settlements in the area of the castle and the plain, but floods between 3,500 and 2,500 B.C. swept everything away. At Vaccarella however the remains of a Bronze Age civilisation from around 1850 B.C. have been found, as well as other remains below the castle, where at that time the civilisation there put their dead in “pythos”, that is, huge vases, which they covered with protective brickwork. During the Iron Age the Siculi appeared, who burned their dead and put the ashes in terracotta pots. They managed to trade as far away as Greece, from where they imported vases which can still be found today in their cemeteries. But in the sixth century B.C. the Greek populations of Messina, after invading Rometta and Monforte, invaded Milazzo and turned it into a fortress. After this disaster Milazzo didn’t rise up again until the Arabs came to Sicily in around 1000 A.D. During the period of Roman domination the inhabitants of Milazzo, being part of the city of Messina, enjoyed the political rights of Roman citizens and were therefore exempt from paying a tithe. Also in this period in the waters off Milazzo, just in front of where the refinery stands today, there was a famous naval battle known as the Battle of Mylae (present-day Milazzo) where the Roman admiral Duilius defeated the Carthaginians. Over two hundred years later Marcus Agrippa defeated the fleet of Sextus Pompey in another fierce naval battle. In the Arab period there was another famous battle, this time between the Arabs and the Byzantines, after which the Arabs settled definitively in Milazzo where they built the castle, comprising a keep with a huge tower and eight smaller towers. In the period of Norman rule the castle was modified by Richard of Lentini and kept in good condition, as documented by Frederick II of Hohenstaufen (Swabia). In the Aragonese period, under James and Frederick II of Aragon, Milazzo was the headquarters of the two sovereigns who governed Sicily. In this period King James created a wonderful park for his own personal hunting use; (we hope that one day the park will be recreated to make life easier for the inhabitants of Milazzo, to breathe some fresh air and enjoy the coolness of the shade under the trees!). Returning to the subject of the castle, in 1456 the castle was fortified with a belt of walls built by the Spanish, who added five rounded bastions. Finally in the time of Garibaldi there was the battle of Milazzo in 1860 between Garibaldi and the Bourbons commanded by General Bosco. Following this battle the Bourbons lost Sicily and Milazzo. Milazzo, Land of Saints. Milazzo is also a land of saints, as well as poets and sailors. In Milazzo you can find the church of the holy crucifix of St. Papino, with the miraculous crucifix of Friar Umìle da Pietralia, which cried tears on 15 April 1798; there are signed witness statements which testify as to the veracity of the miracle of tears, including a statement from the Commander of the Artillery Regiment, Sig. Francesco Catanzaro, as well as from the Royal Baron Giovanbattista Lucifero, amid others. The tale of this supernatural event was reported by the high priest of Milazzo, Pietro Pellegrino, in an “opinion” dated 23.6.1978 and reported in a booklet entitled “The tears of the holy crucifix of St. Papino in the second centenary”, edited by Professor Antonino Micale. The story goes that for three months there had been a drought in Milazzo and so the believers turned to the Almighty and implored him for the gift of rain. On this occasion the miraculous crucifix of St. Papino granted the desired grace: “as soon as the crucifix was paraded outside the church the air began to move”, and moreover: “at sunset all those present saw the right eye become wet with tears”, from the History of Miracles in Milazzo by St. Francis of Paola. As well as living and working in Milazzo, St. Francis of Paola was known for his kindness, humility, zeal and for his faith in the Lord that permitted him to work the miracle of the crossing of the strait of Messina, plowing through the turbulent waves of the sea on his own mantle in the company of a young monk from Milazzo, Friar Maiorana. The festival of St. Francis, patron of the People of the Sea, is very special to us here in Milazzo and is celebrated on the first Sunday in May; following this there is the festival of the “Berrettella”, in which a relic of the saint (his hat) is carried on a pilgrimage on the waters of the sea just in front of the promontory. Tradition has it that in a cave, situated in the picturesque cliffs of the Bay of Milazzo Cape, there lived in prayer and meditation St. Anthony of Padua. The cave is beautiful and is open to visitors, accessible by climbing down a panoramic stairway in the rocks of the Cape; the festival of St. Anthony is celebrated every year on June 13, and during the night between the 12th and the 13th pilgrims come on foot from all over the province of Messina to worship in the cave. Then there is the festival of St. Stephen the First Martyr, Patron Saint of Milazzo: tradition has it that the saint was martyred by stoning and that a relic of his was found in Milazzo and is kept in the main church of Milazzo.

The Patron Saint of Milazzo, Saint Stephen is solemnly celebrated on the first Sunday of September. The Patron, St. Francis of Paola, is solemnly celebrated on the first Sunday of May, and two days later (usually Tuesday) is celebrated the feast of Berrettella, ie the headgear that the saint often used to wear during his stay in Milazzo, which lasted from 1464 to 1467. In a minor key is celebrated the feast of the patron, San Daddy Martyr, June 28 with a solemn celebration in the church. There are many other religious holidays, such as St. Joseph, St. John the Baptist, St. Anthony of Padua, Santa Marina Virgin, St. Maria Goretti, St. Mark the Evangelist, Mary. Snow, Our Lady of the Holy Rosary, Mary. Help, Maria SS. of Mercy, Mary. of Carmel, Mary. Child, and the SS. Crucified. 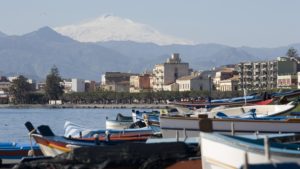 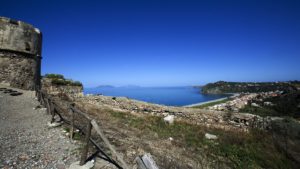 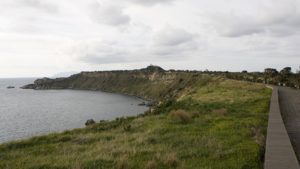 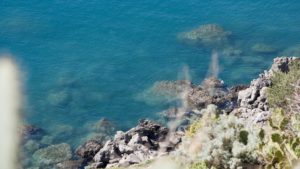 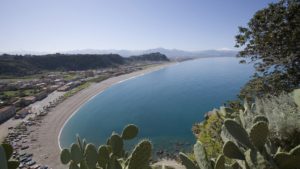 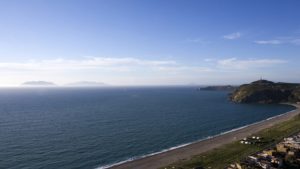 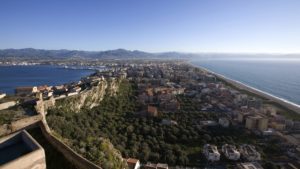 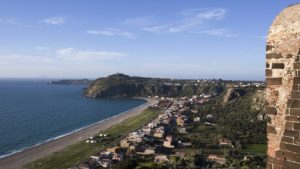 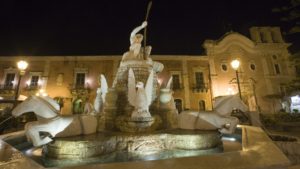 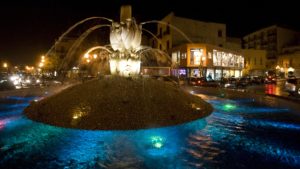 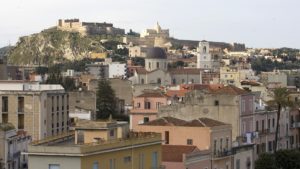 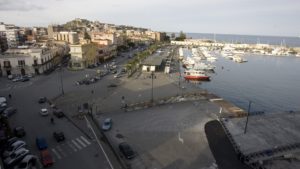 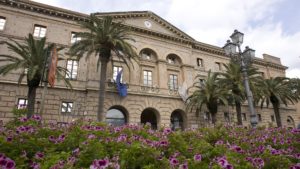 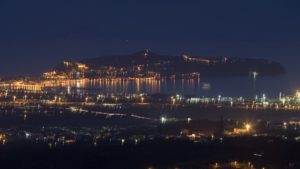 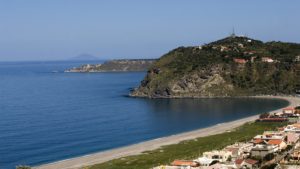