between lava stones and prismatic shapes

The Alcantara Gorge, also known as “Gorges Larderia” or, to a very minority, “Gorges Francavilla”, are located in the Alcantara Valley in Sicily. The grooves are as high as 25 meters wide and 2 meters in the narrowest and widest points 4-5 meters, the natural canyon, contrary to common belief, it has not been carved over thousands of years by ‘ water. The hypothesis is related to seismic events that, with a vibrating-tectonic movements made literally split in two old lakes were formed by basaltic lava flows from fissures, 300,000 years old, stands of pre-Etna, allowing the water River creep inside. This phenomenon is evidenced by the fact that the structure of the walls (similar in some points to “woodpiles” and in others to “columns organ”) is intact and angular. The Alcantara river flowing between lava rock that forms its bed characteristic. On the territory of Fondaco Motta Motta Camastra in town is the most impressive and famous Alcantara Gorge, for more than 6 km long but passable so easy for the first 3. The peculiarity of this gorge is the structure of the walls, created by a basaltic lava flow (low in silica but rich in iron, magnesium and calcium). The lava is then cooled very slowly, due to the large thickness of the plateau has arisen, allowing you to create pentagonal and hexagonal prismatic forms that recall the molecular structure of materials that constitute it. From Messina take the SS 114 (which goes to Catania), turn at Giardini Naxos to the SS 185 in the direction of Francavilla di Sicilia and after twelve kilometers you will reach the Gorges Alcàntara. Highway Via da Messina: take the A18 motorway towards Catania and exit at Giardini Naxos. From Catania: take the A18 towards Messina and exit at Giardini Naxos. From the motorway exit for twelve kilometers in the direction of Francavilla di Sicilia. 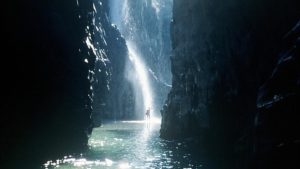 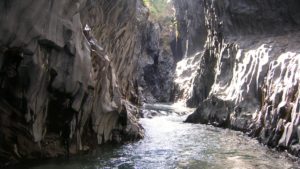 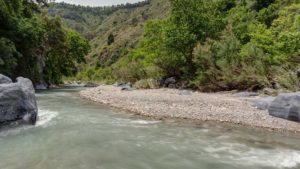 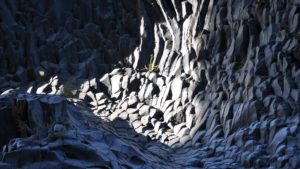 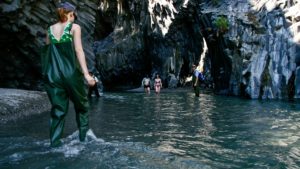