not a volcano any...

It is believed that Etna was born from the sea when it happened because this event was no man. Some historians, including Pindar and Aeschylus, gave room for the imagination to describe this event through the mito.Ai times even believed that Vulcano was the workshop of Hephaestus and the Cyclops, and others who were the pillar of heaven, beneath which lay the giant Typhon that moved the earth. Still others, including Homer and Aeschylus, described the birth of the volcano through the first eruption in 475 BC Originally Sicily was a large archipelago of small islands where the sea covered a large part. Were areas ranging between Caltagirone and Comiso and communicated through the plain of Catania. Other areas, such as Caltanissetta, Milazzo and Syracuse, they were still below the level of the sea. It seems that a part of the sea had come bubbling up to the Nebrodi. That area was filled with dried seaweed and dead fish and legend has it that as a result of this eruption formed the volcano Etna. The great mountain was soon filled by a large vegetation, such as holm oaks, pines, beeches, firs, chestnuts and many other small plants. A popular this vegetation were oxen, bison, lions, wolves, foxes, deer, Deer, Hippos and many birds. Many species were disappeared due to natural disasters. Then the man began to populate the area, living with the volcano and guarding its history to 3000 meters high. Stimulated popular imagination to the story of the birth of Etna join legends, such as the Rape of Proserpine, linked to the cave of the church, an impressive gallery of lava (located in the territory of SG Galermo), held the door of the accession from which Pluto would come to kidnap the beautiful daughter of Ceres. There are many myths that represent the history of Etna and it is certain that the singer of Ulysses had never visited Sicily, so I had the opportunity to view the volcanic activity, so, in fact, did not have the chance to see the monstrous giants or the rest of the Cyclops Polyphemus. Among the Greek populations at the time of the Trojan War, Mount Etna and its fires were common images. It was believed that Zeus, father of the gods, I did prepare his thunderbolts by his son Hephaestus or Vulcan, and the same Achilles’ armor was withdrawn from Etna. Etna was, for the peoples of the Mediterranean, the symbol of fire, a place inhabited by savages bent on violence and even primitive cannibalism. Only thus can the great Homer could describe those pages on the ferocity and power of Polyphemus, the cave dweller, devoted to sheep, pitcher of boulders, primitive and brutal man clad in skins. If you still want to investigate further about the relationship between Etna and the primordial populations, one can not bring the issues of post-Homeric mythology that developed in this area and many of the legends of the shepherd Acis and the nymph Galatea. The latter had scornfully rejected the love of Polyphemus. The Cyclops, surprised the two lovers, in a fit of bestial fury, threw over his rival a piece of rock. The nymph to snatch it from certain death, the lover turned into a river that bears his name and whose mouth, would later be joined Ulysses. 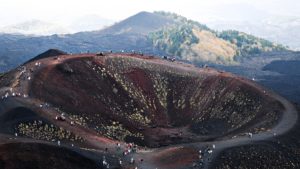 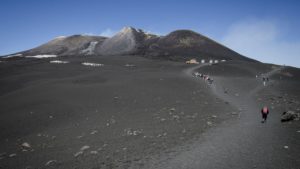 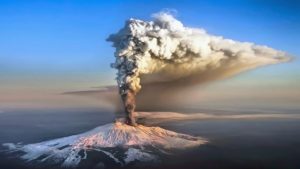 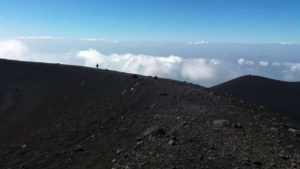 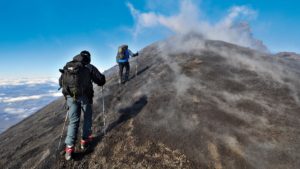 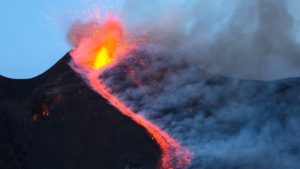 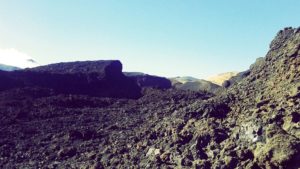 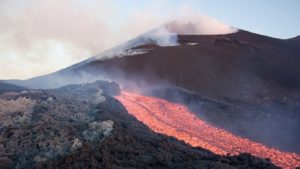 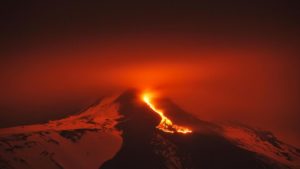